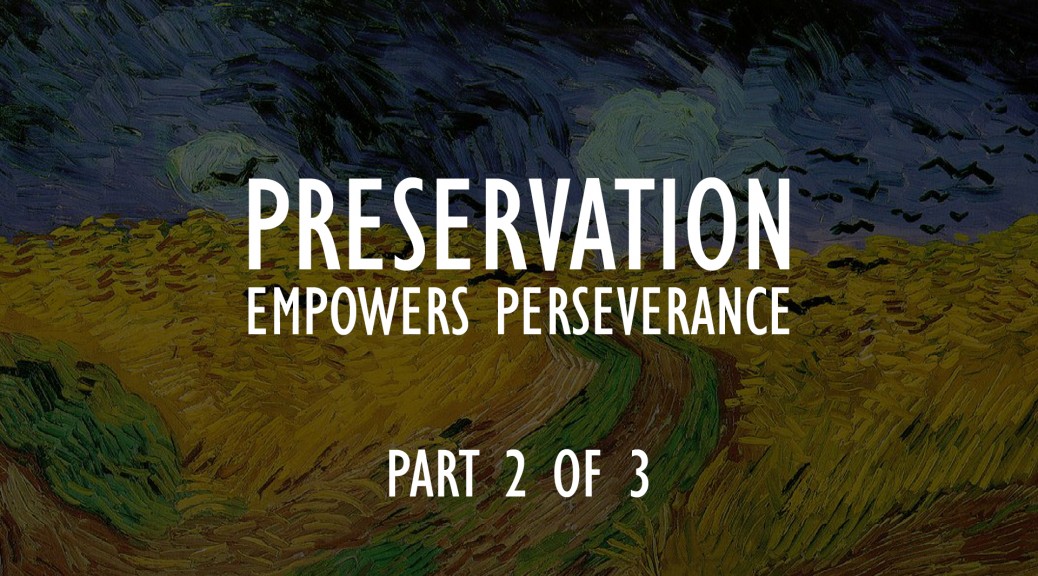 We all have THAT THING that really gets us all riled up.
WE all want to WIN or persevere. Not only that, we all want OUR way preserved. We want the world to think, act and feel the way we do. We want to be preserved and persevere.
We wonder why we are in the situation we’re in and it cause us to be full of fear. If we are honest with ourselves. Am i the only one that feels this way? Don’t you at least feel it around you if not right here, right now. That is if the situation you are currently doesn’t pan out to be the way YOU want, well everything must be wrong with the world.

Over the next couple of weeks we’ll be looking at the ‘3 Characteristics of How God’s Preservation Empowers Perseverance And Witness’ based off of Acts 18:1-17.

But when Gallio was proconsul of Achaia, the Jews made a united attack on Paul and brought him before the tribunal, saying, “This man is persuading people to worship God contrary to the law.” But when Paul was about to open his mouth, Gallio said to the Jews, “If it were a matter of wrongdoing or vicious crime, O Jews, I would have reason to accept your complaint. But since it is a matter of questions about words and names and your own law, see to it yourselves. I refuse to be a judge of these things.” And he drove them from the tribunal.(Acts 18:12-16 ESV)

God Uses Authority For His Gain

At least since the time of Julius Caesar, Jews had been allowed to practice their own religion and were not forced to worship the Roman gods. The question dangling over the young church at several points in Luke’s narrative is this: does being a Christian mean you are acting illegally according to Roman law and custom? Or is the community of Jesus’ followers rather to be seen simply as a variant of Judaism and therefore to be permitted? Gallio, who has presumably taken the trouble to inform himself both about the relevant laws and about what the new religion is up to, dismisses the charge. It is an internal matter within Judaism, not something that Roman law need bother about. Sometimes, as Luke no doubt wants us to remark once more, even pagan officials do things which genuinely and thoroughly advance the cause of the kingdom of God. We see other biblical references to God’s supremacy over earthly rulers in Romans.

“Let every person be subject to the governing authorities. For there is no authority except from God, and those that exist have been instituted by God.” (Romans 13:1 ESV)

See, God was not done with Paul in Corinth. The mission was not finished, and there is no one under heaven that is going to stop Paul, not even the government. This was the immediate answer to God’s word of protection over Paul that he should not be afraid… In fact the hates of hell cannot hold back the power and purpose of the church.

During the height of the Cold War, Communist countries were keeping a tight control on their borders, but God had called Brother Andrew to help the Christians behind that Iron Curtain.
“When I pulled up to the checkpoint on the other side of the Danube, I said to myself, “Well, I’m in luck. Only half a dozen cars. This Romanian border crossing should go swiftly.”
“But when it took forty minutes to inspect the first car, I began to worry…literally everything that family was carrying had to be taken out and spread on the ground.
“Every car in line was put through the same routine. The fourth inspection lasted well over an hour. The guards took the driver inside and kept him there while they removed hub caps, took his engine apart, removed seats.
“Dear Lord,” I said, as at last there was just one car ahead of me, “what am I going to do? Any serious inspection will show up these Romanian Bibles right away.
“Lord,” I went on, “I know that no amount of cleverness on my part can get me through this border search. Dare I ask for a miracle? Let me take some of the Bibles out and leave them in the open where they will be seen. Then, Lord I cannot possibly be depending on my own stratagems, can I? I will be depending utterly upon You.”

“While the last car was going through its chilling inspection, I managed to take several Bibles from their hiding places and pile them on the seat beside me.
“It was my turn. I put the little VW in low gear, inched up to the officer standing at the left side of the road, handed him my papers, and started to get out. But his knee was against the door, holding it closed. He looked at my photograph in the passport, scribbled something down, shoved the papers back under my nose, and abruptly waved me on.
“Surely thirty seconds had not passed. I started the engine and inched forward. Was I supposed to pull over, out of the way where the car could be taken apart? Was I … surely I wasn’t…I coasted forward, my foot poised above the brake. Nothing happened. I looked out the rear mirror. The guard was waving the next car to a stop, indicating to the driver that he had to get out. On I drove a few more yards. The guard was having the driver behind me open the hood of his car. And then I was too far away to doubt that indeed I had made it through that incredible checkpoint in the space of thirty seconds.
“My heart was racing. Not with the excitement of the crossing, but with the excitement of having caught such a spectacular glimpse of God at work!”

The truth is for you and me to understand that no matter what happens around us, Jesus is ruling and reigning and sits on the throne. No matter the man that is placed above us to preside over this nation, Jesus is still King. No one is going to shake Him or have him change His mind for His plans will NOT be thwarted. So be encouraged.

See Paul was a Roman citizen and would use his knowledge of Roman law to his advantage. In this case, use the liberties that are given to you and exercise them. It is not faithless to exercise your rights as a citizen in whatever country you live in. Vote for biblical principles. You have a right to make a case and stand for what you believe, just always remember, we serve a higher master, a higher court. We serve King Jesus.